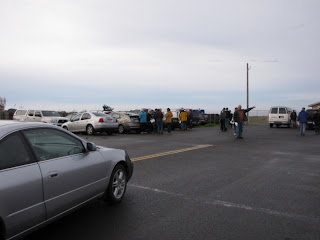 We started arriving at the Georgia Pacific, Cypress Street, gate.  And we kept arriving, and arriving!!
I estimated around one hundred interested walkers showed up!! 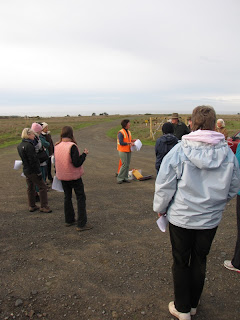 Maria Jones set the ground rules and handed out maps and a form for suggestions and impressions. 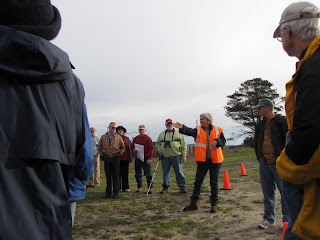 We were split up into several manageable groups; Linda Ruffing heading my group and points the way! 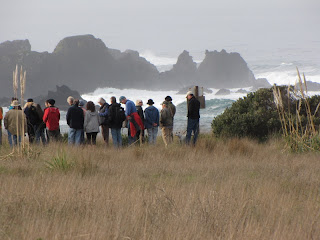 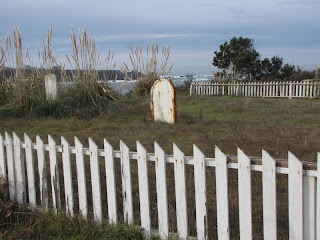 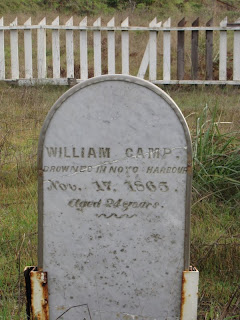 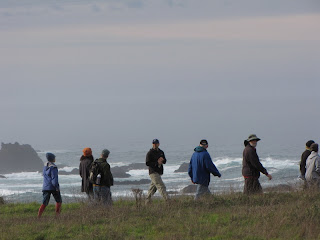 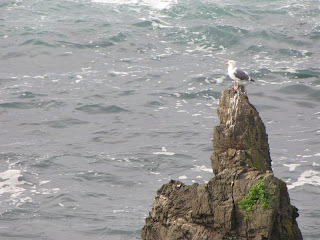 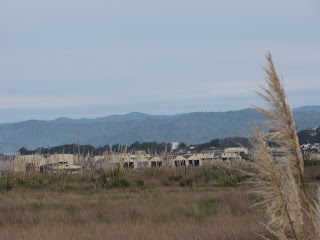 Looking North East towards some of the remaining lumber mill buildings. 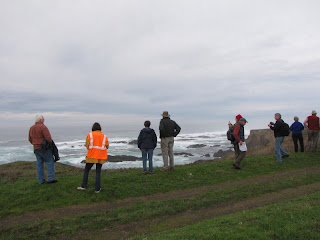 A mild January day and it didn't rain or even sprinkle. 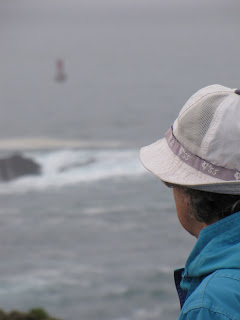 One of the entrance buoys to Noyo Harbor. 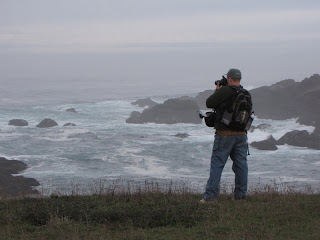 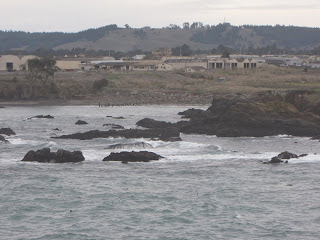 less than a half mile west of downtown Fort Bragg!  Soldiers Bay in the mid ground with the pilings from the old ship loading dock visible at low tide. Click any photo to enlarge.
In the upper middle half of this photo you can just make out the Guest House Museum. 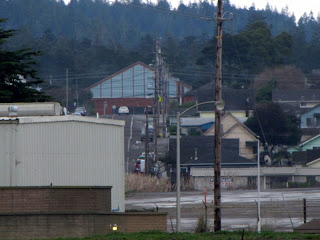 From the same location a telephoto shot looking straight East up Walnut Maple Street at our new swimming pool! 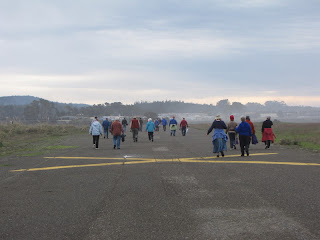 Returning to the parking area via the lumber mill's private air strip. 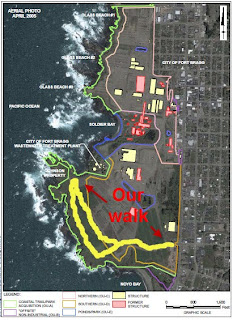 In a couple of hours we only walked the southern part of the proposed coastal trail addition!
In the afternoon was the Trails Symposium held at the Episcopal Church meeting hall.  Again an excellent turnout of interested folks for talks and slide shows.  Well done!!
Posted by Ron Bloomquist at 4:57 PM