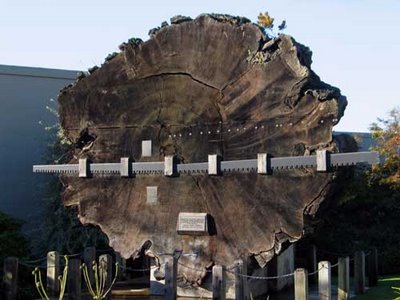 On Main Street by the Guest House Museum is this slice of Redwood. The information plaques mounted on it are in the lower photos.

The following are excerpts from “Fort Bragg Remembered, a 1989 Centennial Oral History”.

“…. The biggest tree ever took down? That big one down in front of Company Headquarters. These guys I’m telling you about was the ones that fell that tree. And I remember when they fell it because we didn’t pay no attention to stuff like that, we went right by it every day. It was in a terrible bad place. They had to take a bulldozer and as much as they could save of that tree was 100 feet. but they got 100,000 feet of timber out of it. If they could have saved the whole tree they really wound have had 150,000 feet.

Just another’s day work in those days. But I think back, it was something we should have paid a little more attention to. Those fellas were using a drag saw to fall that, you couldn’t work a tree that big with a chain saw. No way. The longest blade they had was a twelve-foot, so they had these two twelve-footers welded together. They brought it up on the (railroad) flat car. It took three guys to carry it.

When they fell that tree they wanted that piece for down there and they sawed that piece off and then they split it. That’s put together down there. It wasn’t in one piece.” 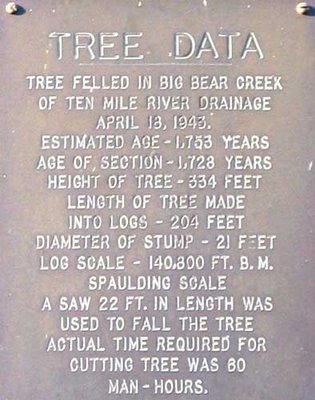 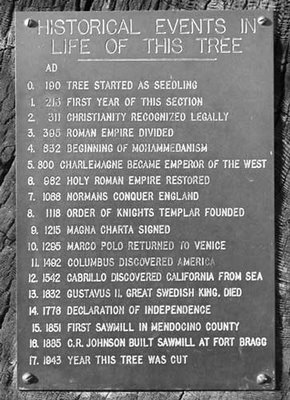 Posted by Ron Bloomquist at 9:29 AM