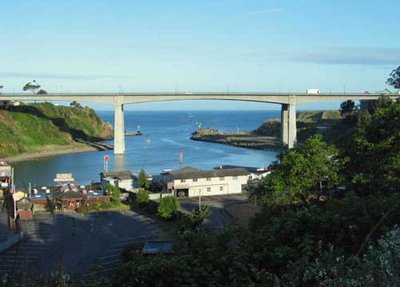 This morning I walked to North Harbor Drive, down through the harbor, under the recently replaced Noyo Bridge, up the closed road behind the “Too Tall Motel” and home. A walk of just under four miles.
This photo was taken May 22nd.

The next photo is of the Pudding Creek Trestle.

This was originally a railroad bridge for bring logs to the Union Lumber Company from Ten Mile. 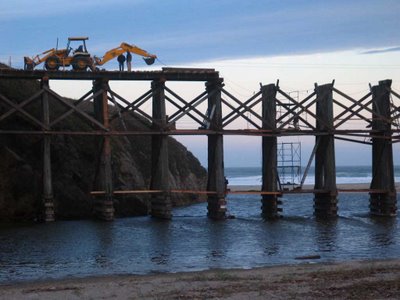 When logging trucks became more economical the tracks were removed and the haul route paved with black-top.

Then the Company closed and the Pudding Creek Bridge fell into disrepair and was eventually blocked off because of safety concerns. The abandoned haul road to Ten Mile became a popular hiking trail.

Now the Pudding Creek Bridge is being repaired and when it re-opens it will make access from Fort Bragg to the coastal “Haul Road”hiking trail much easier. 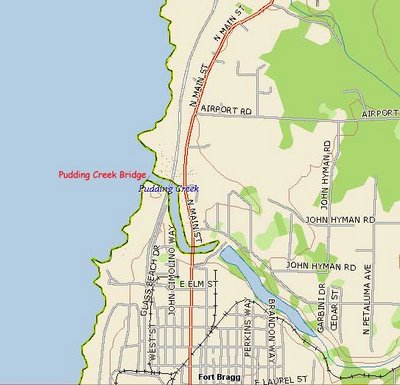 On this map you can see Pudding Creek, the trestle bridge location west of Highway One and the old haul road north towards Ten Mile.

Also in the works is a complete hiking trail around the headland of the former lumber mill which is the whole ocean side of Fort Bragg! I added the red line to show the eastern boundry of the company property.

That area has always been closed to hikers and walkers, joggers and bicyclists. With the mill closed the city is figuring out how to develop that area.

High on the list is a public trail along the headland. 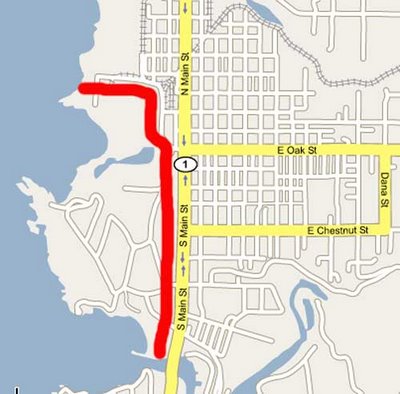 Fort Bragg is becoming a great place to walk.
Posted by Ron Bloomquist at 8:45 AM