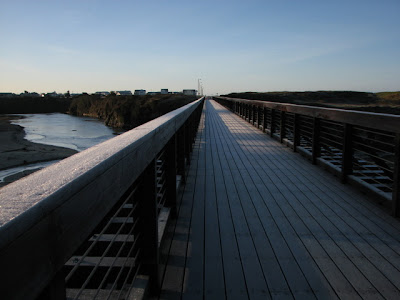 31 degrees this morning.  I could hear the surf as a continous white noise even from my bed encouraging me to get up and come see!  And, as always, I'm glad I did.  The Pudding Creek Trestle was slick with frost but not impossible to cross even though State Parks had put up warning signs at the southern end. 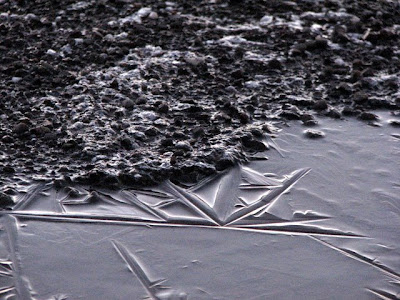 A thin crust of ice had formed in the pot holes. 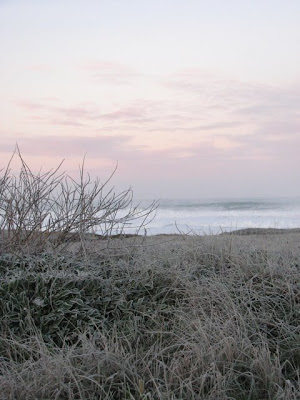 Frost on the Headlands.  A seldom seen scene! 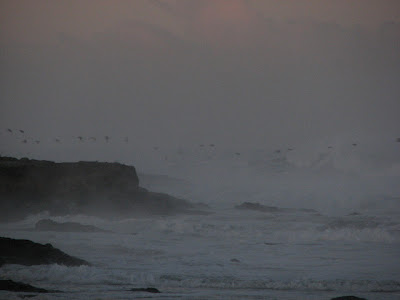 I was suprised to see strings of pelicans using the high surf conditions to cruise along, rising and dipping as the waves broke. 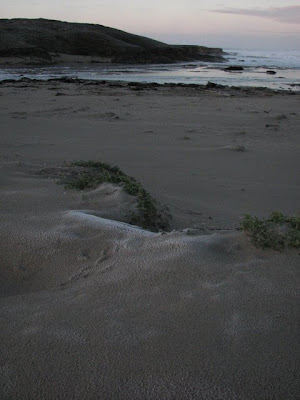 There was even a dusting of frost on the sand dunes! 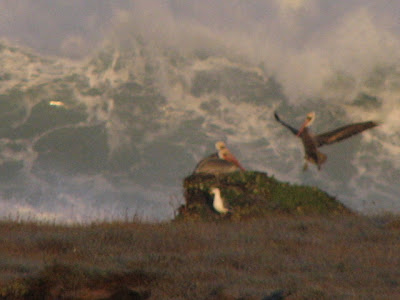 This would have been a great photograph if my hands and camera weren't so darn cold! 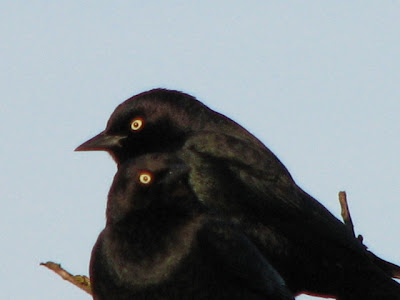 On the way home I spotted this pair of Brewer's Blackbirds as they spotted me!
A glorious morning as news of massive storms rake most of the country.  The weatherman says we will have rain this weekend.
Posted by Ron Bloomquist at 10:25 AM