Yesterday morning I thought about getting up, decided I would walk later in the day, rolled over and went back to sleep. When I did get up, one thing and another…, I never got “round tuit”.
This morning I decided to not argue with myself, just got up and went out the door. 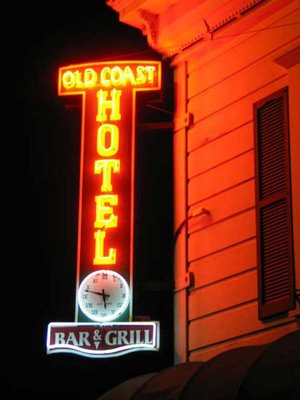 It was dark and 34 degrees but not raining. I walked west two blocks to Franklin and turned north. I walked to the end of Franklin, turned around at Manzanita Street and headed south. Passing through the downtown portion of Franklin Street I noticed the neon sign at the Old Coast Hotel was on. I also noticed it was running twenty minutes slow. 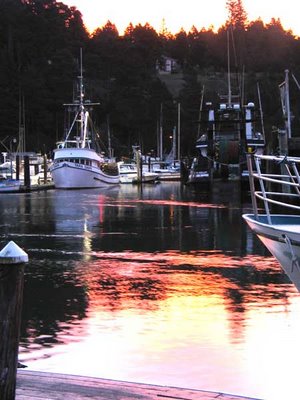 I moved along at a quick pace because of the cold. Since it was early Sunday morning, no one was out and my walk became very invigorating and pleasant. I got inspired to continue all the way south to Noyo Harbor, around under the Highway One bridge, back up past the “Too Tall Motel” and home. 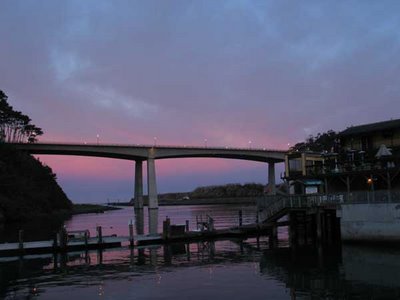 Returning through the downtown section of Franklin Street it was light enough to photograph the store fronts. 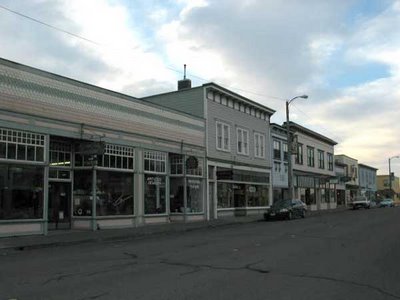 During my walk I think I discovered a good trivia question:

“What is the name of the only north and south street, in Fort Bragg, named after a tree?