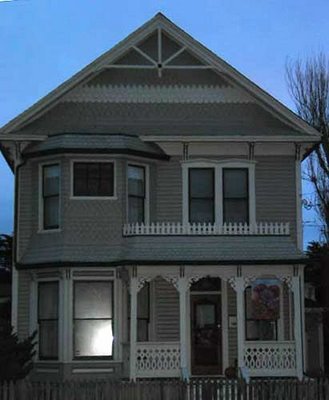 I had a rather interesting walk this morning.

I overslept and got out the door twenty minutes later than usual which cast a bit more light on the situation.

I decided to walk to the Glass Beach Development which I know nothing about.

On my way I passed this recently repainted Victorian and decided to take its picture in the early morning light. I rested my camera against Rossi’s Building Supply across the street because it was going to be a slow exposure. What I didn’t expect was my flash going off. Well, it did and that caused the interesting light in the lower left window. 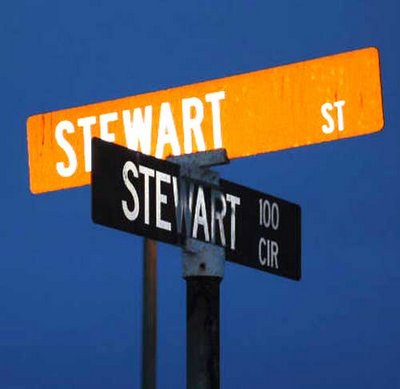 And there is Cimolino Way. John Cimolino was a County Supervisor. Cimolino Way turned out to be one block long. Sort of a strange reward for years of service! 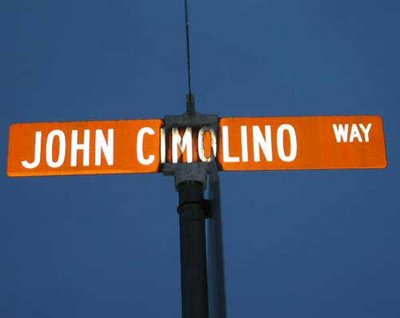 Another thing I noticed. Elections are happening next Tuesday and there was not one political candidate poster in all of the development! Can it be against a zoning ordinance to endorse your favorite politician? 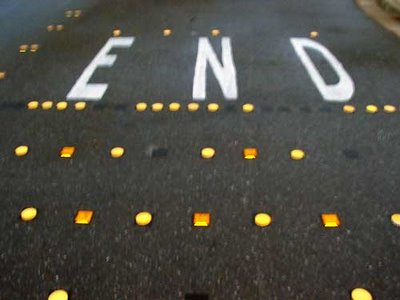 Posted by Ron Bloomquist at 3:40 PM