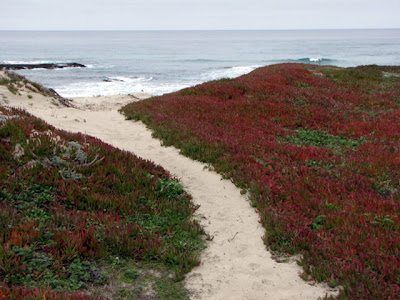 I took a nice walk out the north end of town looking for geocache.  Walking just over eight miles (round trip) I found six geocache and three that I couldn't find.  A fun day.  Along the way I took some photos of interest.  Above, one of the "social trails" leading to a small secluded bay. 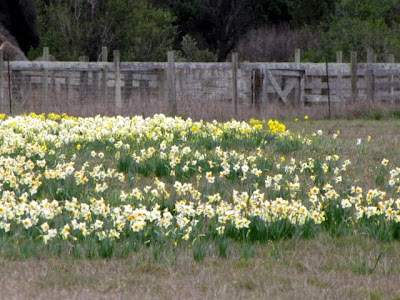 In this area I really wanted to lay down amongst the flowers and take a photo of myself but a fence kept that from happening. 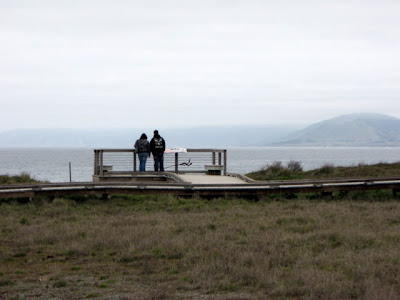 Coastal visitors checking out the reader board near Mckerricher State Park, the Lost Coast in the far distance. 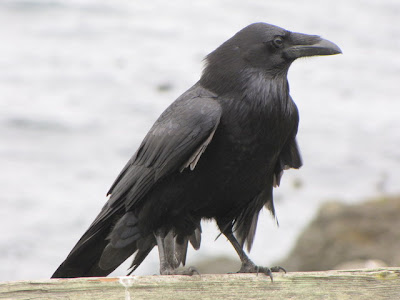 One of the Mckerricher State Park beggars.  This old guy has been around a while. 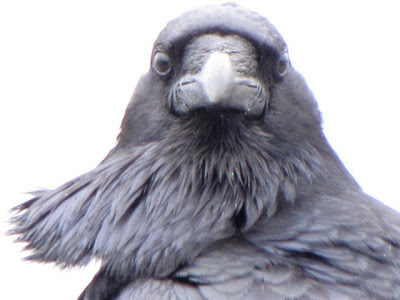 What a wise looking Raven.
And speaking of wise, thanks to Lighthiker for reminding me about Edward Abbey, a guy who's Desert Solitaire encouraged me out of the black world of the B2 stealth bomber and into the much more interesting world of doing nothing.
Quote:  What Ed Abbey had to say filled a career that changed the lives of an entire generation of environmentalists. To this day, he remains an iconic and inspirational voice, one that is at once deeply conservative and expansively liberal - a man who's life gave shape to that great Emersonian insight that "a foolish consistency is the hobgoblin of little minds." He saw his tome as a tombstone and urged us to hurl it at the establishment, and then, barely a heartbeat later, claimed, "[m]y own ambition, my deepest and truest ambition, is to find within myself someday, somehow, the ability to...do nothing--and find it enough."

Saturday, March 14 marks 20 years--to the day--since Abbey's passing, and grassroots radio maestro, Don Darue, has a little something to help doing nothing feel like enough. Don's been "servin' 'em up covered and smothered" for 20 years on the homegrown radio show The Risky Biscuit Hayseed Hoot.