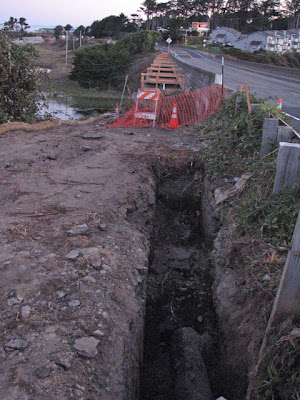 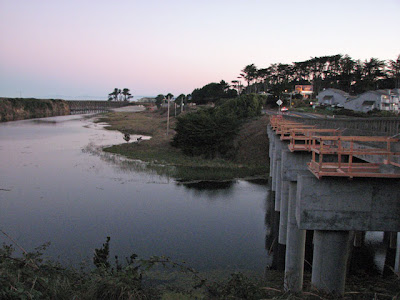 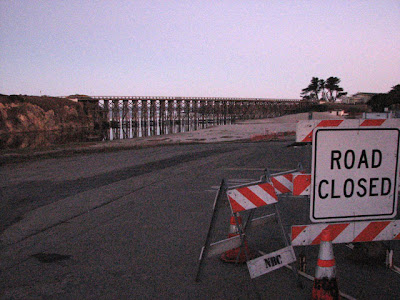 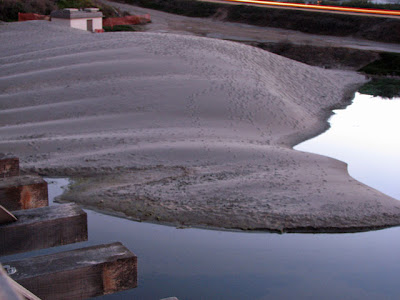 In this photo, from the trestle crossing Pudding Creek, you can see the "Lift Station" which out-of-town visitors and some first time locals think is a restroom.  For years the only choice has been to "hold it" or use the backside of the building.  Now, in this weeks "City Hall News" I read:
Port-a-Potties at Glass Beach and Pudding Creek Beach.
The Community Development Department is working with State Parks to place handicapped accessible port-a-potties at Pudding Creek Beach and at the entrance to the Glass Beach headlands at MacKerricher State Park. The “deal” we’re working on would have the City of Fort Bragg purchasing, permitting and installing the port-a-potties and State Parks will maintain them and have them pumped. We have found an excellent price on two used port-a-potties, so the cost to the City will be minimal. Eventually, the port-a-potties will be replaced by permanent facilities, but in the meantime they are direly needed in these locations.
About damn time, I say!!
Posted by Ron Bloomquist at 10:07 AM