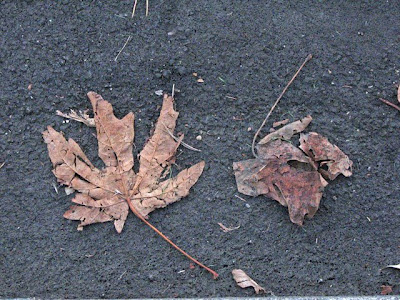 For the past several days I felt like I was blowing in the wind, abandoned and lost.  My blog stopped working!
It is quite interesting how distraught I felt being disconnected from my blog especially since, over the past several day, only two people e-mailed me to tell me they couldn't log on!!  That was a good indicator of how important my blog actually is to the world at large but hey!, here in my little closet, er, computer room, I was totally frustrated.  Being unable to blog removed one of my main reasons to walk and gawk!  My little world was crumbling.  Soon I would be gaining weight!!
So for two days I have been surfing and googling and reading help suggestions.  I have been filling out forms and submitting them.  I have been trying to suss out the problem to no avail.  After all, I'm not a computer geek, I just use the damn thing!
Finally in total frustration I called a geek friend.  She surfed around and discovered I didn't have a "CNAME" at my local server.  I called the local server and they said I did.  So I sent them an e-mail from my geek friend describing her findings.  My server guy decided to look deeper and then discovered Blogger had changed my I.P. Address without telling me.  My server guy fixed it and now, voila, I'm BACK!  Thank you Ms. Computer Geek and, Woo Hoo MCN!! 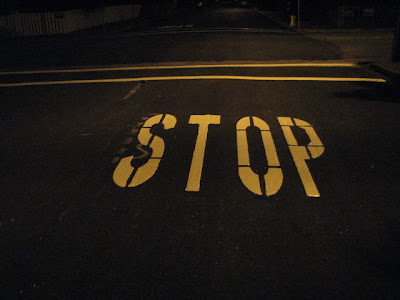 Okay, okay, enough already!
Onward!
Above is an example of the new signage on the resurfaced streets, in this case, Perkins Street.  The sodium vapor lighting in the early morning causes this coloration. 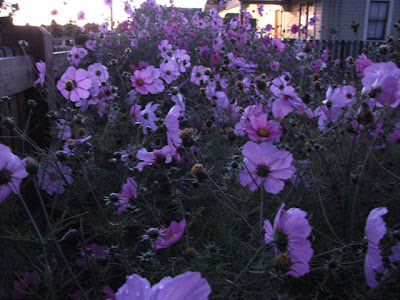 A border full of flowers in the early morning light by Oak Street. 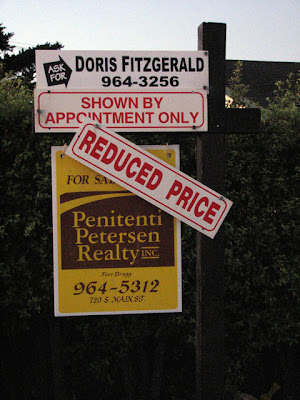 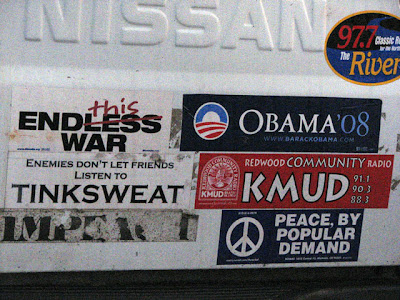 More signs of the times, in this case..., 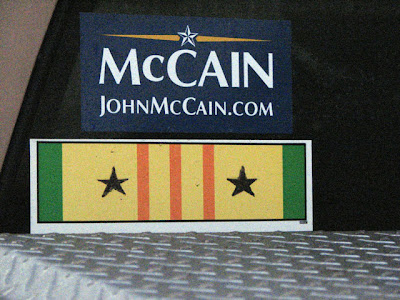 belonging to next door neighbors!
Posted by Ron Bloomquist at 1:49 PM