While the ring’s “tie-down” was out of the curb I notified my metal artist friend Nick. He had offered to forge a new ring. Nick came into town and we walked around the streets of Fort Bragg looking at the other hitching rings to get an idea for the size of the new ring.

By evening Nick had blacksmith-ed a new ring, even quenching it in oil, the same as was done in “the good old days” for a preservative finish. Nick also came up with a wood pattern to use for making an inset for the ring to lay in; City Hall wanted the ring below grade so it wouldn’t be a tripping hazard.

During my walk, Friday morning, I stopped by Franklin Street and triangulated where the ring should be placed. I left a row of stones pointing to the location. During this process I discovered the new sidewalk will be wider than the old one! 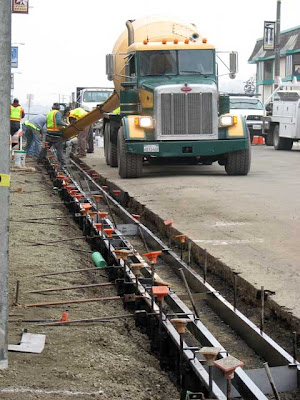 At 8:30AM I decided I better check on Franklin Street and see how the concrete pouring was coming along. I rounded the corner by Sears and Holy Smoke! they were almost to THE SPOT!. Fortunately I had the ring and wood form with me. 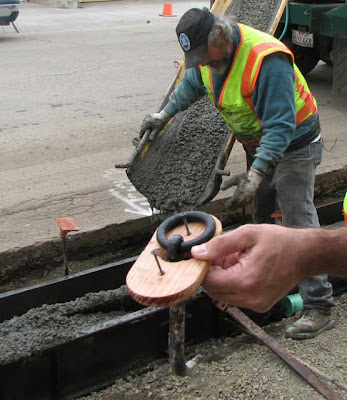 I handed the ring and wood form over to the job foreman. 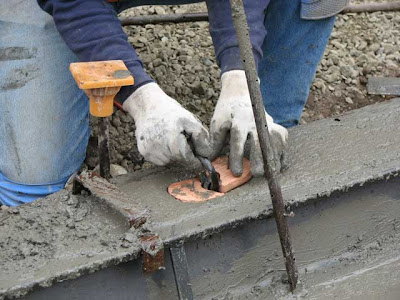 When the concrete was settled into the curb form he handed it to one of his crew who wiggled it into place. 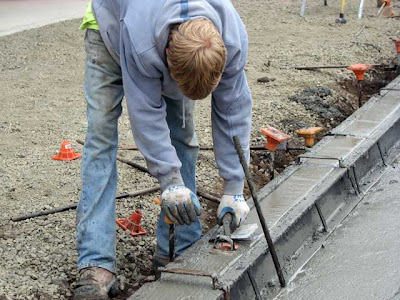 About an hour later the "finisher guy" came along smoothing the curb and touched up the concrete around the ring and the form. 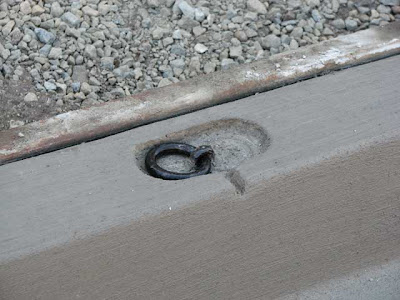 And now, here it is! They even formed a small “trench” for rain water to drain off so it won't rust!

The sidewalk will be poured next week.

Posted by Ron Bloomquist at 8:33 AM