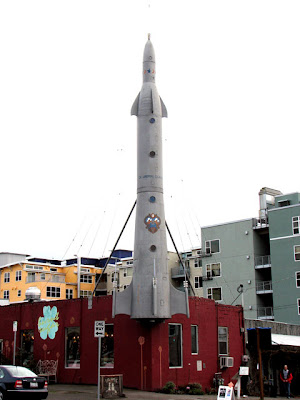 So today I did a five mile walk south through Fremont, across the Fremont Bridge, west along the ship canal to the end of the walking path and returned. Along the way I discovered the Center of the Universe is located in Fremont and marked by this rocket. 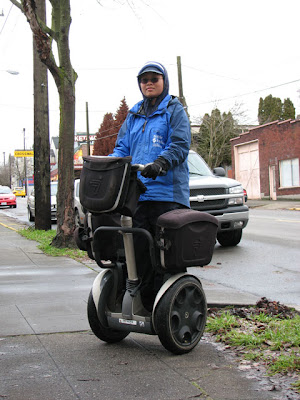 I also met a water-meter reader using a Segway to travel her route! Quite an amazing machine which just stood there and gently rocked back and forth while she read a meter. Then she stepped on and floated along to the next meter box. This was the first time I have seen one in action. 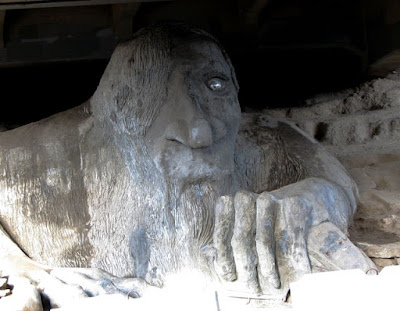 I also saw the Fremont Troll residing under the Aurora Bridge.
And, Happy Holidays to you too!
Posted by Ron Bloomquist at 10:08 PM