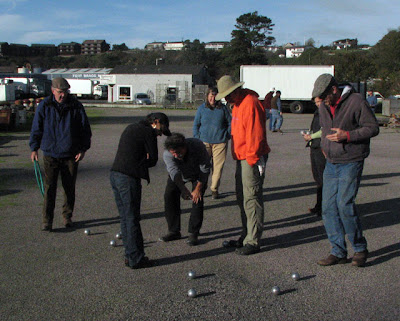 Sunday afternoon on the Noyo Flats playing Petanque when one of the players noticed smoke, then someone hollered, "A boat is on fire!"  I grabbed my camera. 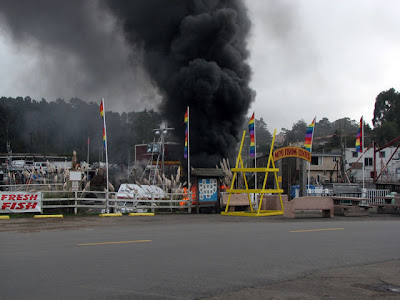 I'd say, there's something on fire!! 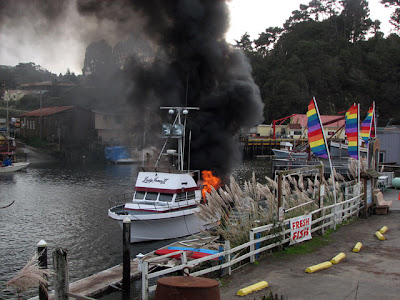 Everyone started hollering, "Get back, she's gonna blow!" I climbed the dirt bank to the east. 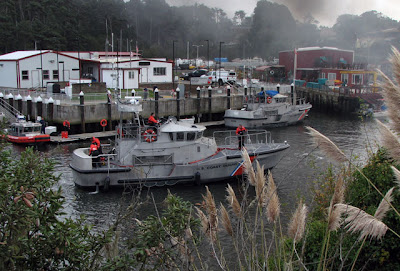 The Coast Guard, directly across the harbor from the fire, cast off and maneuvered closer to the burning boat, two men on the stern starting the portable pump. 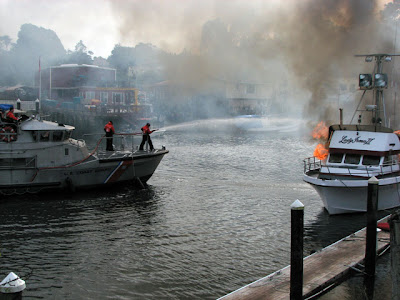 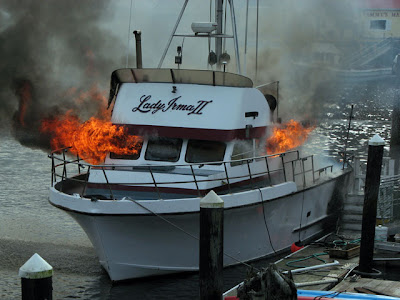 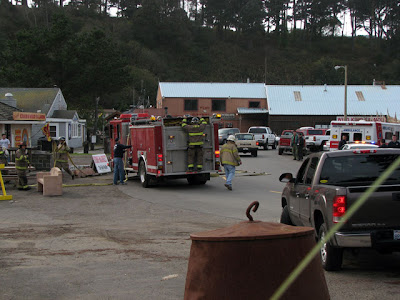 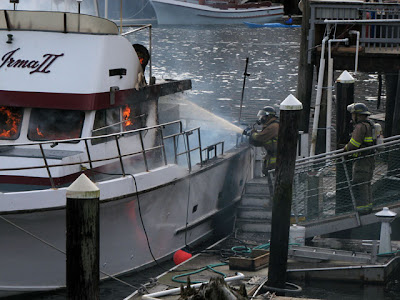 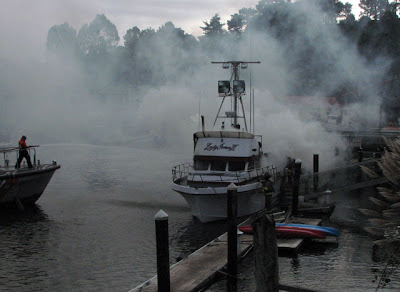 Soon it was all over except the mess.
Your camera.  Don't leave home without it!!
Posted by Ron Bloomquist at 8:58 AM