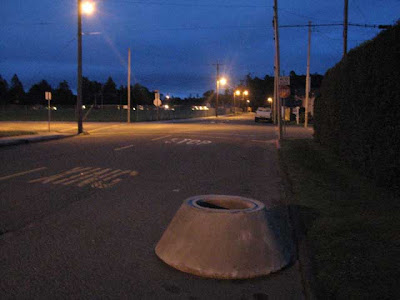 This morning I happened upon this Spaceship parked near the corner of Harold and Laurel. I approached it carefully and discovered it was cool to the touch. I estimate it came down through the atmosphere sometime during the midnight hours. The top hatch was missing and fortunately no aliens remained inside. I continued my walk and soon discovered the aliens had been on a rampage! 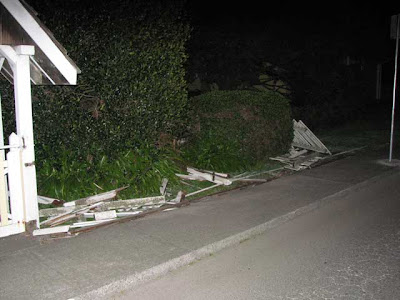 Near Chestnut and Park I spotted my first evidence. 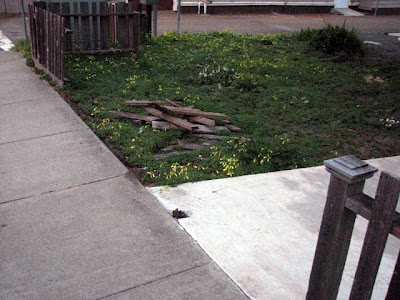 Near Laurel and McPherson the aliens had at least made a nice little pile out of the broken fence pieces. 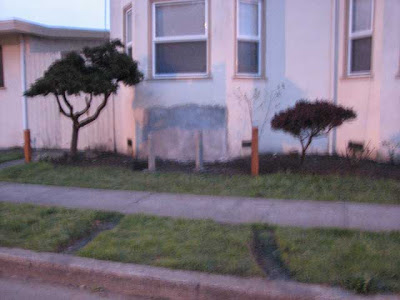 On Main, north of Pine, the aliens had totally consumed the fence leading me to think they were sampling fences and found this one to their liking.

As you can see, repairs to the building are already in place and Humans have erected stout metal posts to ward off future attacks. Obviously some sort of time warp is involved as this predates the landing!
Strange! 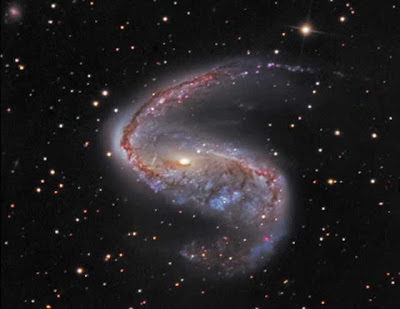 Makes me wonder if distant galaxies are monitoring this blog? Did “THEY” notice my interest in documenting fences and gates?

Posted by Ron Bloomquist at 9:31 AM