I had a nice walk this morning. Truth be told I have walked every morning since our return from Seattle the 12th of January and I’m feeling pretty dang good about getting back into my routine. 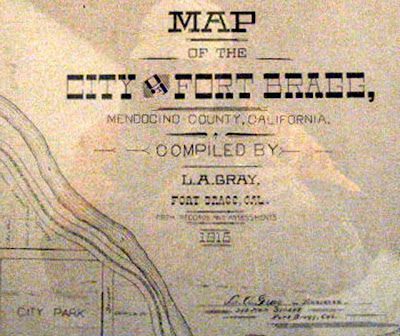 This old map (1915) used to hang inside the Company Store and I liked to check it now and then when trying to figure things out. Suddenly it went missing (last December, maybe November). Today I checked to see if it had returned to its place of honor but no, it was tucked off in a corner leaning against a wall. I’m going to see if I can get it hung back up. 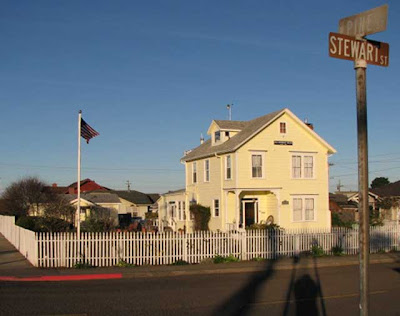 The Stewart House, circa 1876, is located at the beginning of Stewart Street (Stewart and Pine) just north of the Skunk Train Depot yard. Stewart street runs north past Rossi’s Hardware, through the Glass Beach Development, turns west and ends at Glass Beach Drive. I wonder who the Stewarts were. 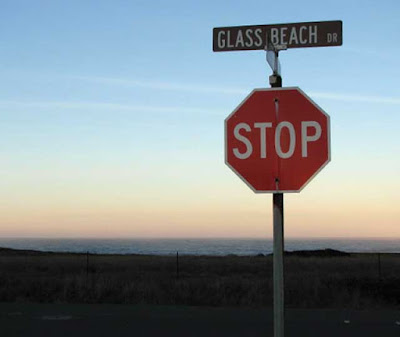 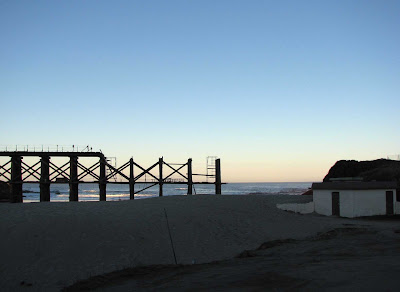 And I talked to one of the guys working on the Pudding Creek Trestle. He was very frustrated with all the problems and setbacks. The pilings at the north end were removed because they were thought to be 80 percent rotten; according to him, they weren’t. And now they can’t put in new pilings. Inspectors from Sacramento are hard to get. Sunny weather is now and they should be pouring concrete but no. When they finally get the go ahead the rainy season will be upon us. I have no idea how much of this conversation is accurate but I could sure tell the frustration level is high. This bridge, which will be part of the coastal trail, was supposed to be done last July. Now they are estimating next September!