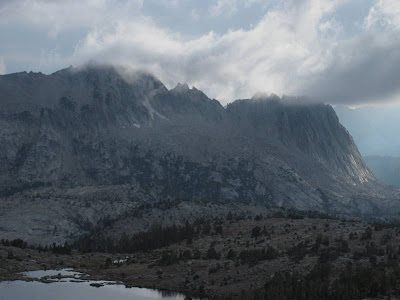 The "storm" passed so I went for a walk around the lake. A single coyote started singing. 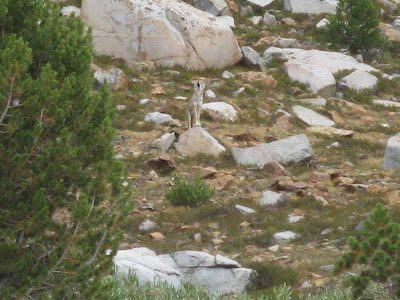 I stopped and looked trying to see where he was. Finally I spotted him. It seemed he was telling all his friends where I was. The earlier singing, while I was in the tent, was the whole group. This time it was a solo performance, none of the others made a peep! 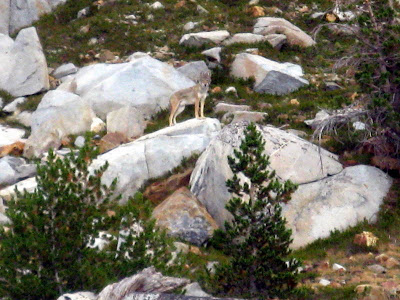 I have always been impressed by "God's Dog" and very pleased to have had this experience.
I glanced away and he was gone. 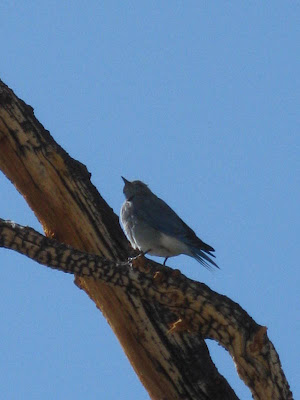 The local birds were not nearly as cooperative posing for photos! 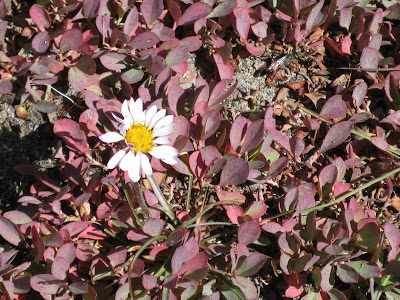 I had no trouble with flowers! 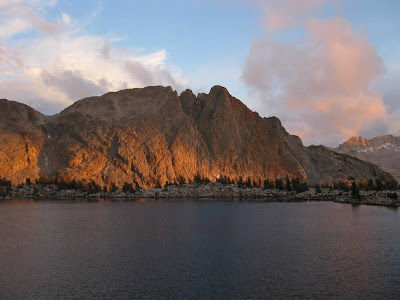 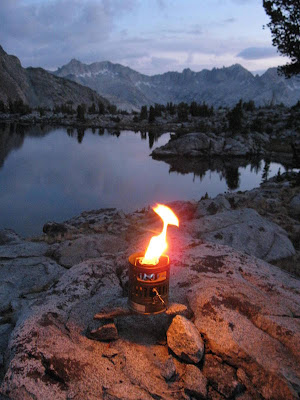 Time to fire up "Bubble Butt".
What's not to like about a backpacking stove you douse with gas then toss a match!! 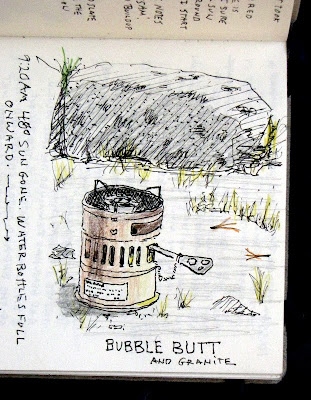 Yes, "Bubble Butt". My friend Pete bought a new one after this one almost turned itself inside out during a mishap. Evidently Pete didn't get the filler cap screwed on quite tight enough and it turned into a blazing fireball! The internal pressure got so great it pushed the bottom into a convex shape, hence, "Bubble Butt". It could no longer sit flat but instead had a roly poly condition. I mentioned to Pete I thought I could fix "Bubble Butt"; at least give it a try. He gave him to me, I got him home, made a wooden vice to hold him inverted and then patiently tapped, tapped, tapped with a wooden mallet and returned his bottom from convex to concave. The perimeter seam held, no leaks developed and "Bubble Butt" sat flat once again.
He is a joy to have and that roaring Seva "purr" means hot water is on the way. 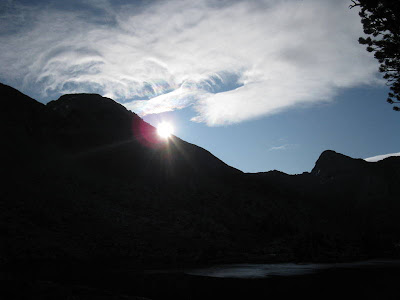 Tomorrow. Back to the Mothership
Posted by Ron Bloomquist at 8:52 AM