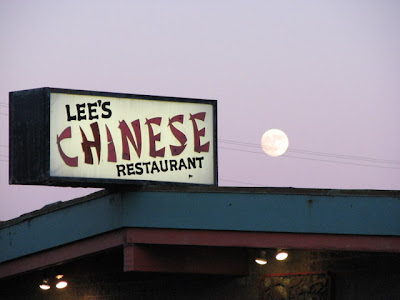 I went for a walk last evening and happened to see the almost full moon peeking through the brief break in the marine layer. 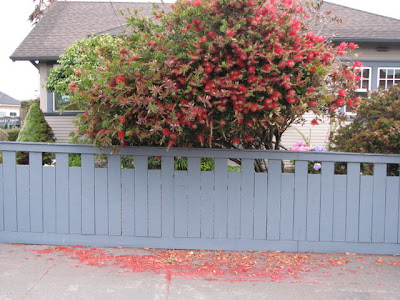 This morning I decided to head for the Trestle Bridge. Along the way I noticed the flowers dropping from this bush reminding me that this year is more than half over! Already!! 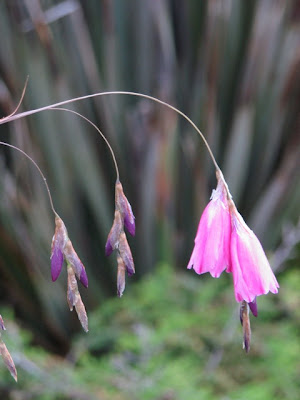 Along Glass Beach Drive I was intrigued by these flowers. No idea what they are though.

(In the comment section Angela tells me this is called "Fairy Wand". Dierama pulcherrimum) 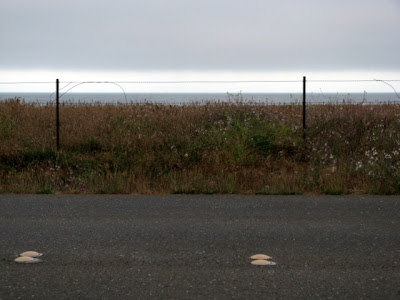 This is a nice example of the Marine Layer I keep mentioning. That strip of light beyond the barbed wire is a regular, sunny, summer, morning! 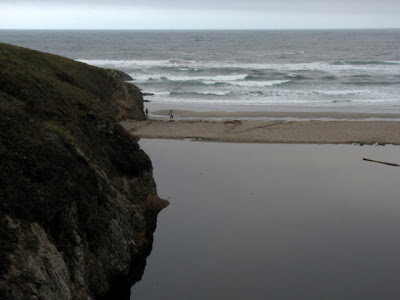 I was surprised to discover Pudding Creek is "Bermed Up"! Incoming Pacific waves push the sand in and Pudding Creek, during the rainy season, has enough volume to wash the sand out, keeping a channel open. During the summer Pudding Creek's flow is too low to overcome the ocean's effort so a berm is built causing Pudding Creek to back up and form a lake. I happened to meet fellow walker and Fort Bragg old timer Don McDonald on the Pudding Creek Trestle and he stated he had never seen Pudding Creek backed up this much before. 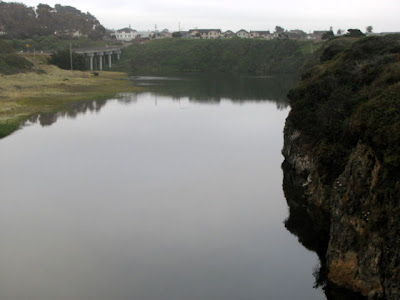 This is Pudding Creek's "Pond" looking upstream towards Fort Bragg. 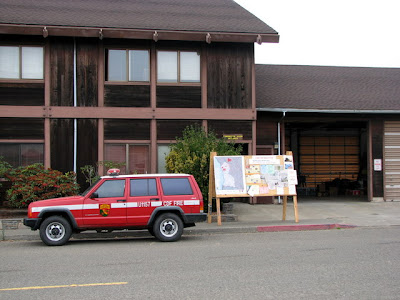 Walking home I passed the Cal Fire station and noticed the information board posted by the curb. 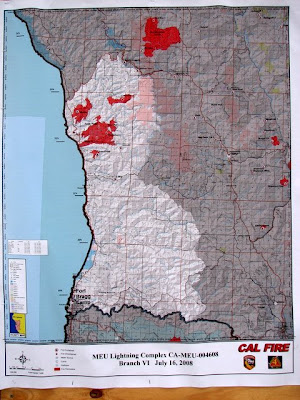 The daily posted map shows current fire situations. The City of Fort Bragg can be seen in the lower left of the white area. The closest active forest fire (marked in red) is eighteen and a half miles north of Fort Bragg.
Posted by Ron Bloomquist at 9:51 AM