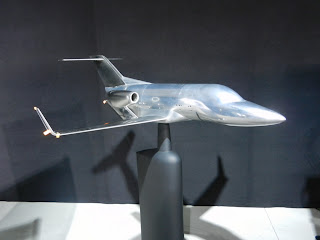 More days of walking and gawking.
This is a "Force Model" of the Honda Jet.  I knew immediately what it was because I was a wind tunnel model builder for Boeing and Northrop, once upon a time. 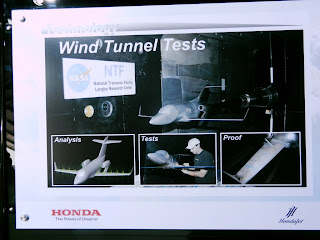 It was like old home week looking at the model and the photos of wind tunnel testing. 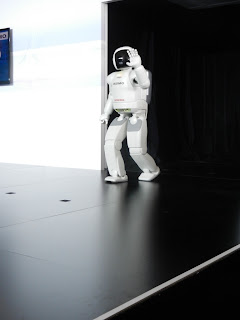 And then Honda's Asimo Robot made his debut! 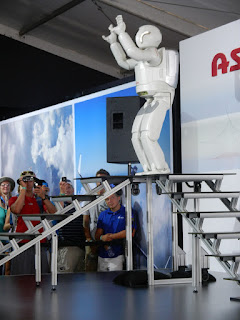 It could climb up and down stairs and kick a soccer ball; wave to the crown. Even run across the stage.  Quite remarkable. 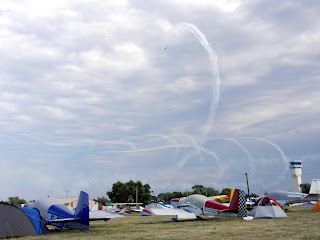 While walking from exhibit to exhibit the air show was going on, 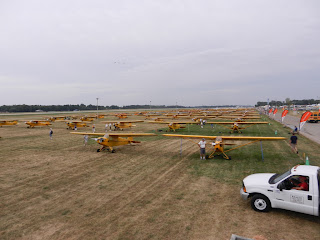 And then there was the "Yellow Ground Fog"!  Since this was the 75th Anniversary of Piper Cub...
178 of them showed up!! 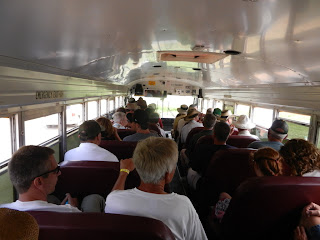 Then we took a bus to the lake to see the Float Planes and Sea Planes!! 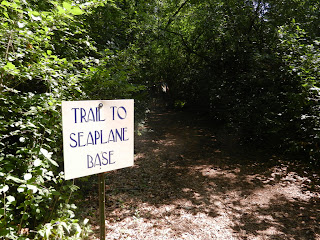 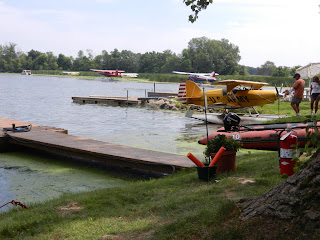 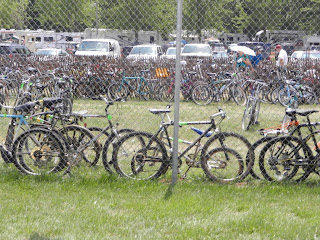 Back at the air field there were lots of bicycles and... 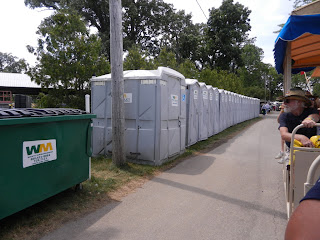 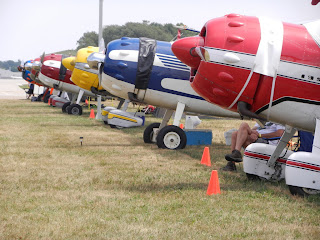 There is no way you can see everything in one week. 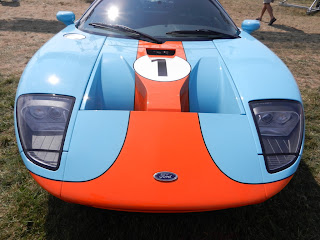 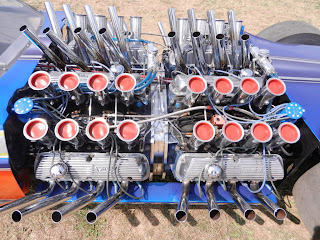 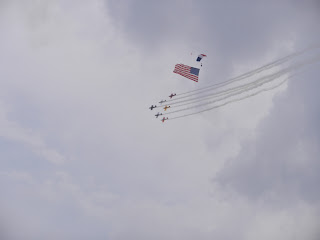 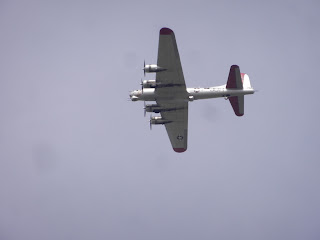 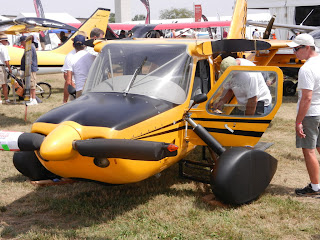 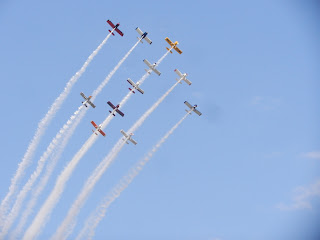 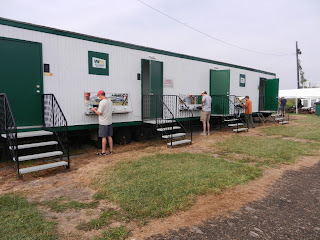 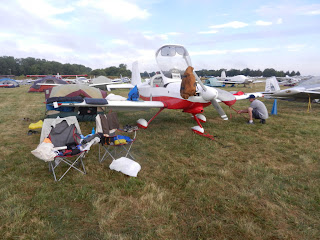 There was a thunderstorm during our final night and now we are drying everything out and preparing to leave for home.

Posted by Ron Bloomquist at 3:09 PM