Faster than a bicycle!

I had a treat today.  My son Jeff flew up to Paine Field, Everett, Washington to pick me up in his RV7-A; the plane he build and I helped paint. 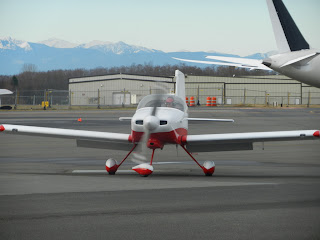 Here's Jeff arriving and swinging around to park. 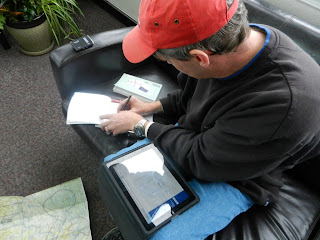 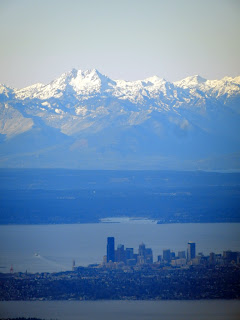 Up and into the air, Seattle in the foreground, the Olympics in the distance. 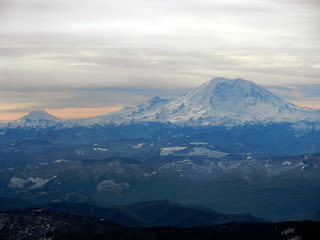 Mount Rainier with, I believe, Mount Saint Helen in the distance. 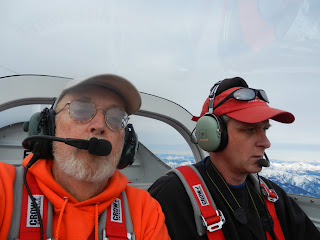 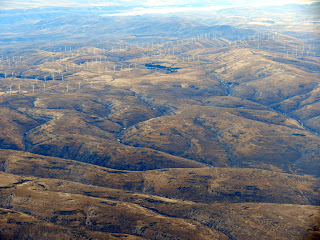 East of Snoqualmie Pass hundreds of windmills begin to appear. 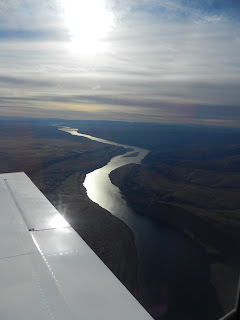 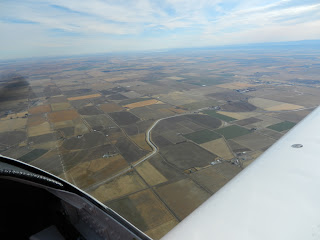 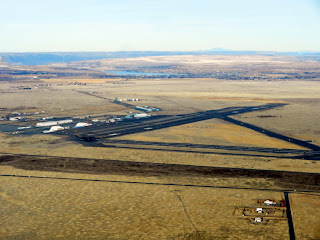 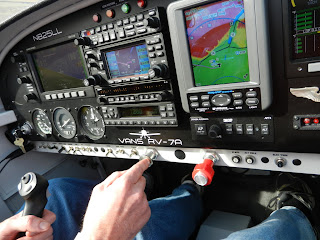 Setting up for landing. 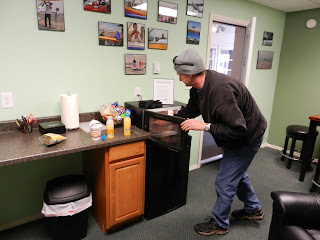 Too far to walk to town and the airport "courtesy car" has already been taken so we enjoy lunch at the flight center.  Microwaved Top Ramin, juice drinks and chips!  Yummy! 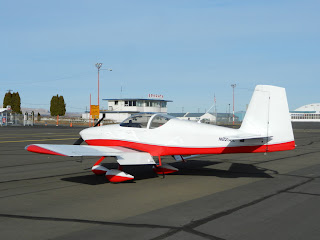 Tummies full, bladders empty, we mount up and take to the skies for home. 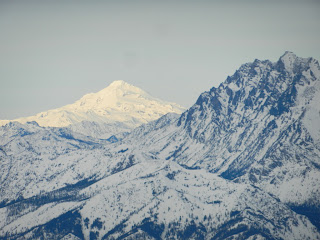 The Cascade Mountains are really something. 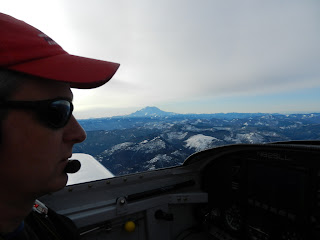 Mount Rainier comes back into view. 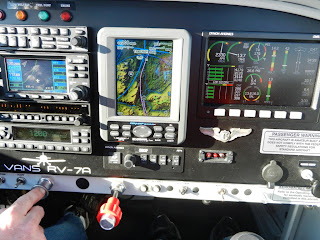 Letting down for the west side. 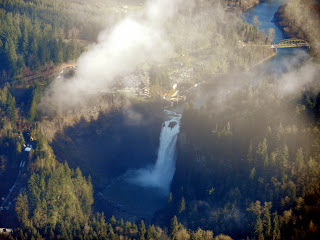 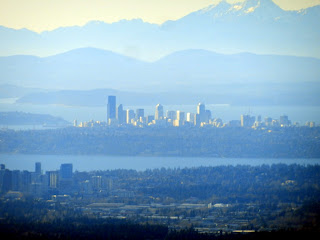 Bellevue in the foreground, Seattle beyond. 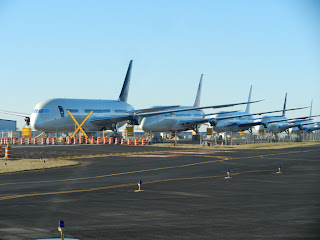 Boeing Airplanes at the Everett Factory waiting for finishing. 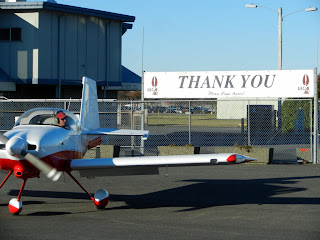 Jeff drops me off and heads for his home field near Puyallup.
A three hundred mile round trip in an afternoon.  Amazing!
The sign says it all, "Thank You, Jeff!"
Posted by Ron Bloomquist at 9:42 PM