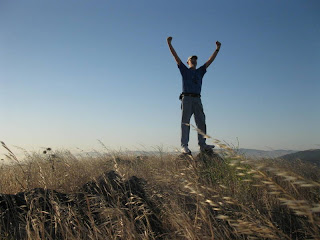 Monday, November 8, 2010 FOR IMMEDIATE RELEASE
City of Fort Bragg Awarded $4.8 Million Grant for Construction of the Fort Bragg Coastal Trail Fort Bragg City Manager Linda Ruffing announced today that the City of Fort Bragg has been awarded a $4,850,000 grant for construction of a Coastal Trail and other park facilities on 92 acres of coastal parkland that was acquired by the City earlier this year with a $4,165,000 grant from the State Coastal Conservancy.
Proposition 84 - the 2006 Safe Drinking Water Bond Act - provides funding for park development in critically under served communities throughout California. This first round of funding awarded $184 Million through the “Statewide Park Program.” Competition for the funding was fierce with over 400 agencies submitting grant applications.
The Fort Bragg Coastal Trail project includes development of 4½ miles of multi-use trail along the coastal bluffs plus stairways to pocket beaches in two locations. Nearly 45 acres of pavement will be removed from the former mill site property and restored to native coastal habitat. The project also includes development of two parking lots, access roads, three restroom facilities, picnic areas, benches, interpretative signage, fencing and other improvements.
“The City is very fortunate to receive this funding. The Coastal Trail will connect our town to its spectacular coastline for the first time in 100 years. It will draw visitors to Fort Bragg and the Mendocino Coast, and it will provide a fabulous recreational experience for local residents and visitors alike,” said Fort Bragg Mayor Doug Hammerstrom. “The Prop 84 grant will enable our community to realize its dream of continued public access along the entire coastline of Fort Bragg. In these difficult economic times, we are thrilled to receive funding for construction of the Coastal Trail project, and we expect it will contribute significantly to Fort Bragg’s ongoing revitalization.”
There is still much work to be done. The City has been working for the past three years on the conceptual design and construction documents for the Coastal Trail and parkland facilities using a $750,000 federal appropriation secured by Congressman Mike Thompson. An Environmental Impact Report for the Coastal Trail project is being prepared and will be issued for public review early next year. Once the environmental review and permitting processes are completed, the City will put the project out to bid.
According to Fort Bragg Community Development Director Marie Jones who authored the successful grant application, “It is anticipated that construction will begin in 2011, and the Fort Bragg Coastal Trail and Parkland will be open for public access some time in 2012.
Until the grand opening ceremony in 2012, the parkland may not be accessed by the public except on docent-led tours conducted by the City.”
Posted by Ron Bloomquist at 3:25 PM